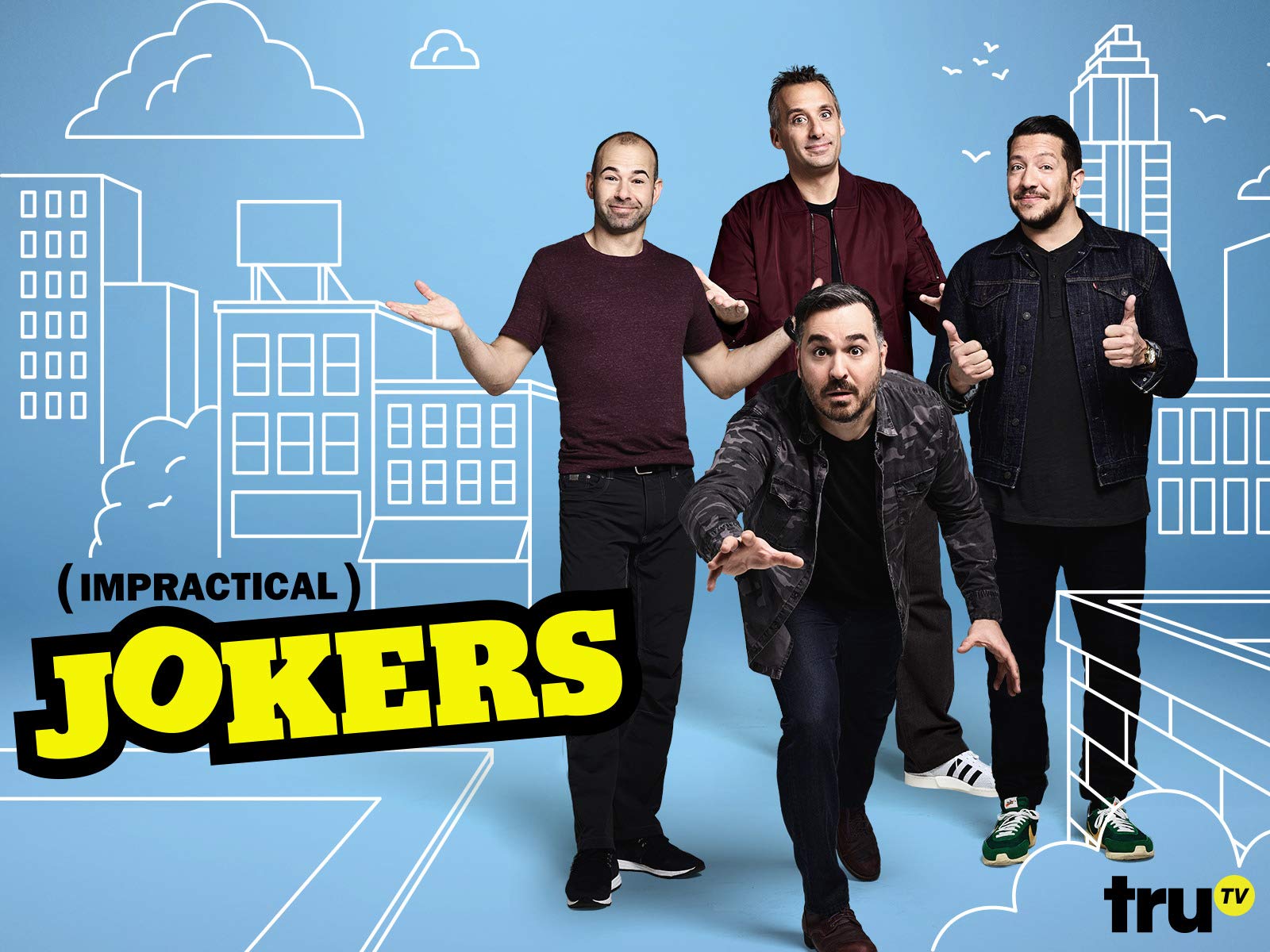 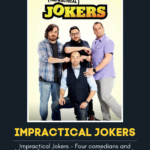 Let’s talk about Impractical Jokers, a tv series on truTV. Four comedians and lifelong friends compete to embarrass each other amongst the general public with a series of hilarious and outrageous dares. When Sal, Q, Joe, and Murr challenge each other to say or do something, they have to do it… if they refuse, they lose! At the end of every episode – with the help of a celebrity guest – the episode’s loser must endure a punishment of epic proportions.

This hidden-camera series follows three lifelong friends — Brian “Q” Quinn, James “Murr” Murray, and Sal Vulcano — who take dares to an outrageous level. Since they were young, the trio has challenged one another to do ridiculous dares in public. On the show, to find out who is best under pressure, the guys compete in awkward and hilarious hidden-camera hijinks and are awarded points for their successes. With the help of a celebrity guest, the episode’s loser must endure an embarrassing punishment of epic proportions.

If you haven’t watched the hidden camera show Impractical Jokers, this needs to be the next thing on your list. There hasn’t been one episode in the eight seasons I’ve seen that I haven’t laughed out loud multiple times. The guys are so funny! I still can’t understand how they fool people — doesn’t everyone know who they are? I heard that Joe left the show and isn’t in the 9th season. I’m curious to see if the dynamic is different. I will report back once I’ve watched it.

I give Impractical Jokers on HBO Max 5 out of 5 stars.

Have you seen Impractical Jokers yet? Let me know what you think about it in the comments below. Don’t forget to visit often to find out what book you should read next, which tv show or movie you should watch next, and what podcast you should listen to next. We will also be sharing new releases, canceled shows, and more! Thank you for visiting no spoiler reviews!