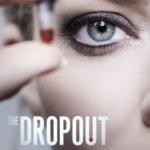 Let’s talk about The Dropout, a Hulu series that chronicles Theranos founder Elizabeth Holmes’ attempt to revolutionize the healthcare industry after dropping out of college and starting a technology company.

Money. Romance. Tragedy. Deception. From Executive Producer Elizabeth Meriwether, “The Dropout” is the story of Elizabeth Holmes (Amanda Seyfried) and Theranos, an unbelievable tale of ambition and fame gone terribly wrong. How did the world’s youngest self-made female billionaire lose it all in the blink of an eye?

I had been following the story of Elizabeth Holmes for quite some time. I wanted to love this show. Amanda Seyfried really transformed into Elizabeth, down to the creepy, deep voice. The acting was on point, and I really enjoyed watching the characters come to life.

I found that I was learning a lot of the backstory I had never heard, which I appreciated. Still, I am not 100% sure these particular scenes weren’t over-dramatized for television purposes.

About halfway through this mini-series, I got bored. I’m not sure if the series wasn’t going fast enough for my particular taste or if they dragged out some details we didn’t need to know. But I found myself leaving the series and watching other things. Weeks later, I finally decided to finish The Dropout.

The ending wasn’t an ending for me. Since I had been following the story, I knew there was still more story to tell. But they ended it in such a strange place that I wondered if those who didn’t know the true story were feeling the same.

If the story interests you, I suggest watching documentaries and news coverage.

I give The Dropout on Hulu 3 out of 5 stars.

Have you seen The Dropout yet? Let me know what you think about it in the comments below. Don’t forget to visit often to find out what book you should read next, which tv show or movie you should watch next, and what podcast you should listen to next. We will also be sharing new releases, canceled shows, and more! Thank you for visiting no spoiler reviews!