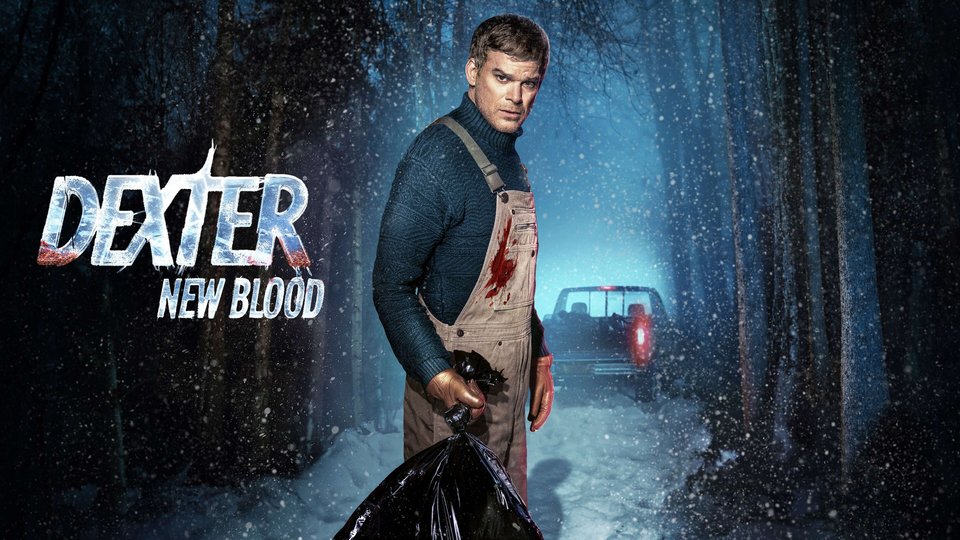 Let’s talk about Dexter: New Blood, a tv series on Showtime. Set 10 years after Dexter went missing in the eye of Hurricane Laura, the series finds him living under an assumed name in the small town of Iron Lake, New York. Dexter may be embracing his new life, but in the wake of unexpected events in this close-knit community, his Dark Passenger beckons.

The world at large believes Dexter Morgan died in a tragic boating accident, and in a way, the world at large isn’t wrong. Far from the life he knew, living under a false name in the small town of Iron Lake, NY, he’s successfully tamped down his Dark Passenger for nearly ten years. With a normal job and a Chief of Police girlfriend, it seems he’s got life under control – until his son shows up and turns his world upside down. Rattled, Dexter yields to his homicidal urges and soon finds himself on a collision course with a dangerous local.

I didn’t get into Dexter until years after it first aired. I think I binged the entire series in 2020 during lockdown. When I heard that they were releasing new episodes, I was ecstatic. I was very concerned that they would do what they have done with so many other shows — make it about the new generation. And while I’m not 100% sure that this isn’t the plan for the show going forward, I did enjoy this first season and grew attached to the new cast. I also loved the appearances from some of the old cast as well. I’m curious to see if my prediction for Season 2 will come into play.

I give Dexter: New Blood on Showtime 4 out of 5 stars.

Have you seen Dexter: New Blood yet? Let me know what you think about it in the comments below. Don’t forget to visit often to find out what book you should read next, which tv show or movie you should watch next, and what podcast you should listen to next. We will also be sharing new releases, canceled shows, and more! Thank you for visiting no spoiler reviews!

Follow Me
Latest posts by Heather (see all)
2022-07-26
Previous Post: Boy Missing: The Search for Kyron Horman by Rebecca Morris
Next Post: Trust No One: The Hunt for the Crypto King