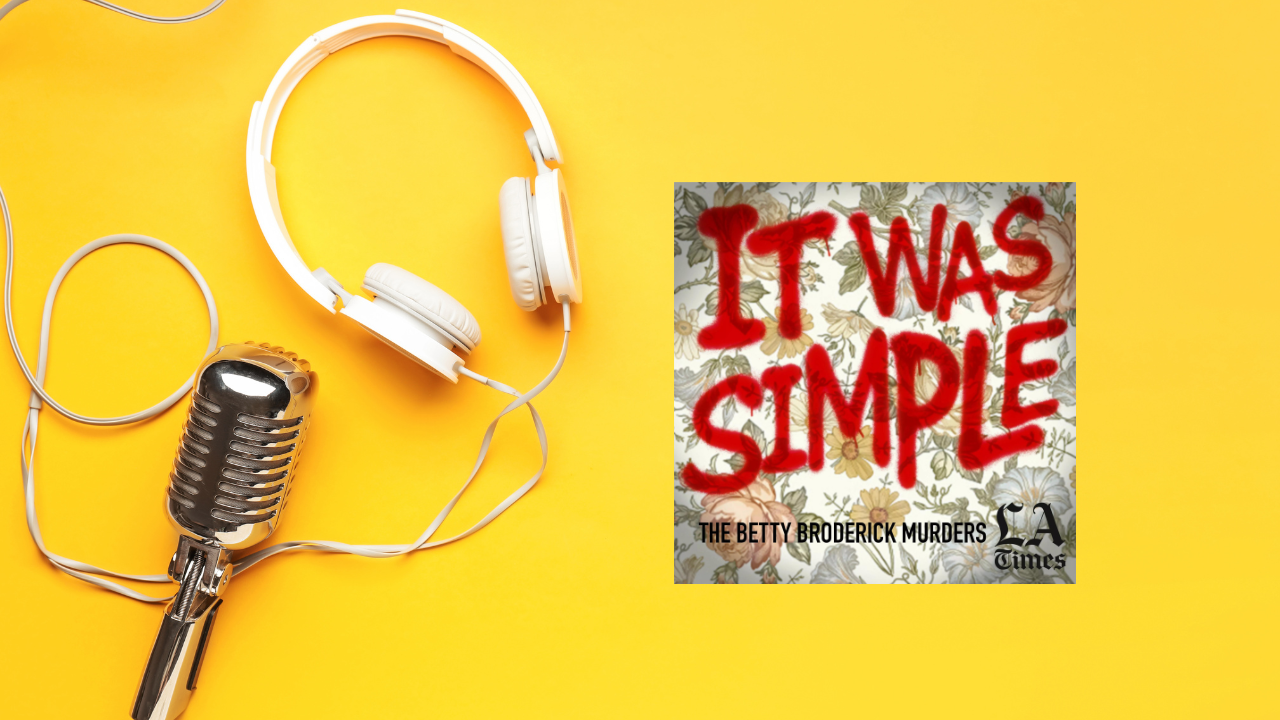 It Was Simple: The Betty Broderick Murders 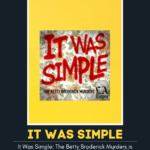 Let’s talk about It Was Simple: The Betty Broderick Murders, hosted by Patt Morrison, a podcast that follows the case of Betty Broderick, who thought she had a perfect life. Until her husband left. Five years later, Betty killed him and his new wife. Thirty years later, we still can’t look away.

These were murders that would turn any town on its head, but La Jolla, Calif? That rich jewel by the sea? Thirty years ago, a man and his new wife were murdered in bed. That’s a long time for a double homicide to stay in the public eye and imagination, but these were no ordinary murders. The killer was the man’s first wife, Betty Broderick.

Betty and Dan Broderick had looked like the perfect couple, right up until they weren’t. After four children and nearly 15 years of marriage, after the riches they both worked for were finally within reach, he walked out and began having an affair with his assistant. But divorce ended Brodericks’ marriage only on paper. “Till death do you part” turned out to be how it would ultimately end: bitter, savage, and fatal.

It took two criminal trials to send Betty Broderick to prison, and we’ll hear from her divorce attorney and the criminal defense attorney. They argued for her in two murder trials, plus the foreman of the jury that convicted her.

So many things burned this case into memory: The principals were rich. The jealous killer was, for a change, the woman, not the man. It’s been the subject of TV movies and books. It resonated with two generations of Americans — deserted wives and unhappy husbands. And it’s raised some questions about how divorce laws may contribute to the feminization of poverty.

All of these issues remain critical and controversial in contemporary America today. Thirty years after five bullets, two coffins, and one California prison inmate, No. W42477, why can’t we look away from Betty Broderick?

This is quite the story. If you haven’t heard of Betty Broderick yet and are a true crime fan, you have to listen to It Was Simple. The host, Patt Morrison, does a great job telling this unbelievable story.

I love how the podcast shares different angles of the case and details how things progressed throughout the years to turn Betty into someone willing to kill. I think there were a few missed opportunities, but overall it was a great podcast!

I give It Was Simple: The Betty Broderick Murders 4 out of 5 stars.

Have you listened to It Was Simple: The Betty Broderick Murders yet? Let me know what you think about it in the comments below. Don’t forget to visit often to find out what book you should read next, which tv show or movie you should watch next, and what podcast you should listen to next. We will also be sharing new releases, canceled shows, and more! Thank you for visiting no spoiler reviews!