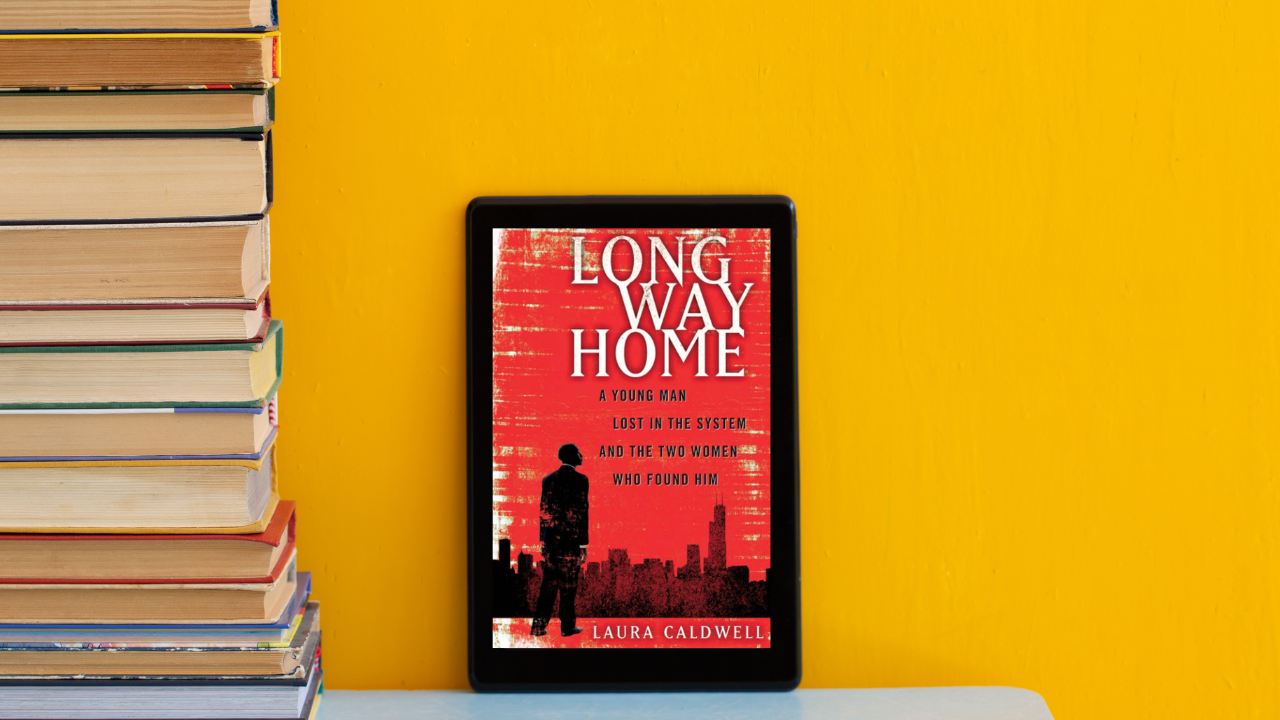 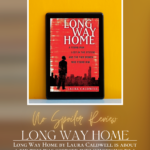 Let’s talk about Long Way Home by Laura Caldwell. Nineteen-year-old Jovan Mosley, a good kid from one of Chicago’s very bad neighborhoods, was coerced into confessing to a crime he didn’t commit. Charged with murder, he spent five years and eight months in prison for violent criminals. Without a trial.

Jovan grew up on the rough streets of Chicago’s Southeast Side. With one brother dead of HIV complications, another in jail for arson and murder, and most kids his age in gangs, Jovan struggled to be different. Until his arrest, he was. He excelled in school, dreamed of being a lawyer, and had been accepted to Ohio State.

Then on August 6, 1999, Jovan witnessed a fight that would result in a man’s death. Six months later, he was arrested, cruelly questioned, and forced into a confession. Sent to a holding jail for violent criminals, he tried ceaselessly to get a trial so that he could argue his case. He studied what casework he could, rigorously questioning his public defenders. But time after time, his case was shoved aside. Amiable, bright, and peaceable, he struggled to stay alive in prison. As the years ground on, he’d begun to lose hope when, by chance, he met Catharine O’Daniel, a successful criminal defense lawyer. Although nearly all cases with a signed confession result in a conviction, she was so moved by him and convinced of his innocence that Cathy accepted Jovan as her first pro bono client. Cathy asked Laura Caldwell to join her, and together they battled for Jovan’s exoneration. Here is Laura’s firsthand account of their remarkable journey.

This is a harrowing true story about justice, friendship, failure, and success. A breakdown of the justice system sent a nice kid to one of the nation’s nastiest jails for nearly six years without a trial. It would take a triumph of human kindness, ingenuity, and legal jousting to give Jovan even a fighting chance.

Deeply affecting, Long Way Home is a remarkable story of how change can happen even in a flawed system and how friendship can emanate from the most unexpected places.

This book had me feeling both incredibly disappointed and gave me hope at the same time. Not disappointed in the book but in the justice system for allowing such an injustice to happen to this young man, Jovan Mosley, who told them repeatedly that he had no part in a crime (especially since they had no evidence against him). I hoped there might be more people like Catherine O’Daniel and Laura Caldwell willing to help the wrongfully convicted out of the kindness of their hearts. This book is very easy to read and has you wanting to finish it to find out if justice is served. I thoroughly enjoyed it.

I give Long Way Home by Laura Caldwell 5 out of 5 stars.

Have you read Long Way Home by Laura Caldwell yet? Let me know what you think about it in the comments below. Don’t forget to visit often to find out what book you should read next, which tv show or movie you should watch next, and what podcast you should listen to next. We will also be sharing new releases, canceled shows, and more! Thank you for visiting no spoiler reviews!