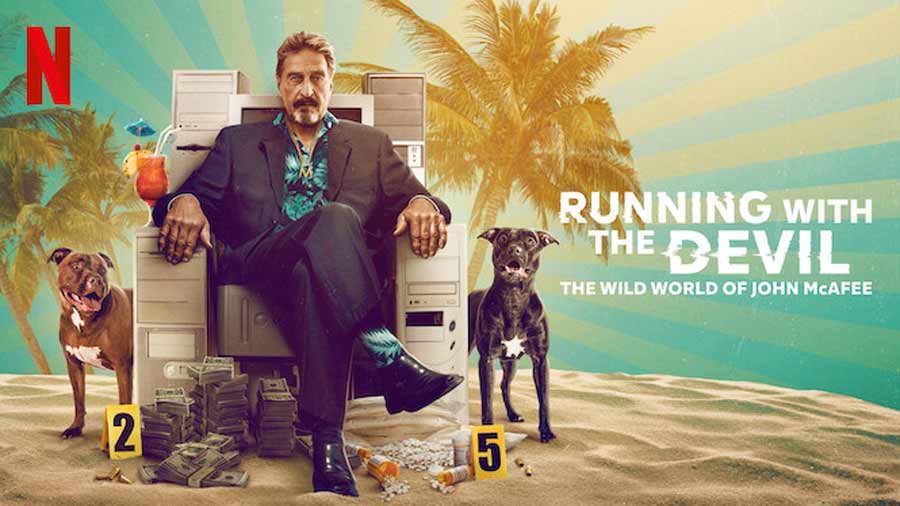 Running With the Devil: The Wild World of John McAfee 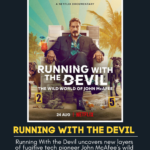 Let’s talk about Running With the Devil: The Wild World of John McAfee, a documentary on Netflix that uncovers new layers of his wild years on the run through raw, revealing footage and interviews with fugitive tech pioneer John McAfee.

Summary:
Netflix documentary Running with the Devil: The Wild World of John McAfee allows us to spend 115 minutes with a heavily armed mega-paranoid tech millionaire, Libertarian presidential hopeful, and suspected murderer who does a lot of drugs, drinks a lot of booze, seems to exist in a constantly agitated state of paranoid delusion and who was once called “bonkers” by the prime minister of Belize.

You can’t say that about just anybody, I guess. And that’s why just anybody isn’t the subject of a feature documentary, which may test your tolerance for the company of lunatics.

I love documentaries. I often watch them the day they are released. When this one popped up on Netflix, I was excited to learn more about John McAfee, aside from what I already knew from other documentaries.

Unfortunately, this documentary isn’t really about John McAfee. It’s about the people around him and maybe more about the people who interviewed him over the years. While I didn’t dislike it, I can say it took three tries to get through. I kept falling asleep. I had to commit to watching it to get through it. The best part of this biographical documentary was the ending.

I give Running With the Devil: The Wild World of John McAfee on Netflix 3.5 out of 5 stars.

Have you seen Running With the Devil: The Wild World of John McAfee yet? Let me know what you think about it in the comments below. Don’t forget to visit often to find out what book you should read next, which tv show or movie you should watch next, and what podcast you should listen to next. We will also be sharing new releases, canceled shows, and more! Thank you for visiting no spoiler reviews!