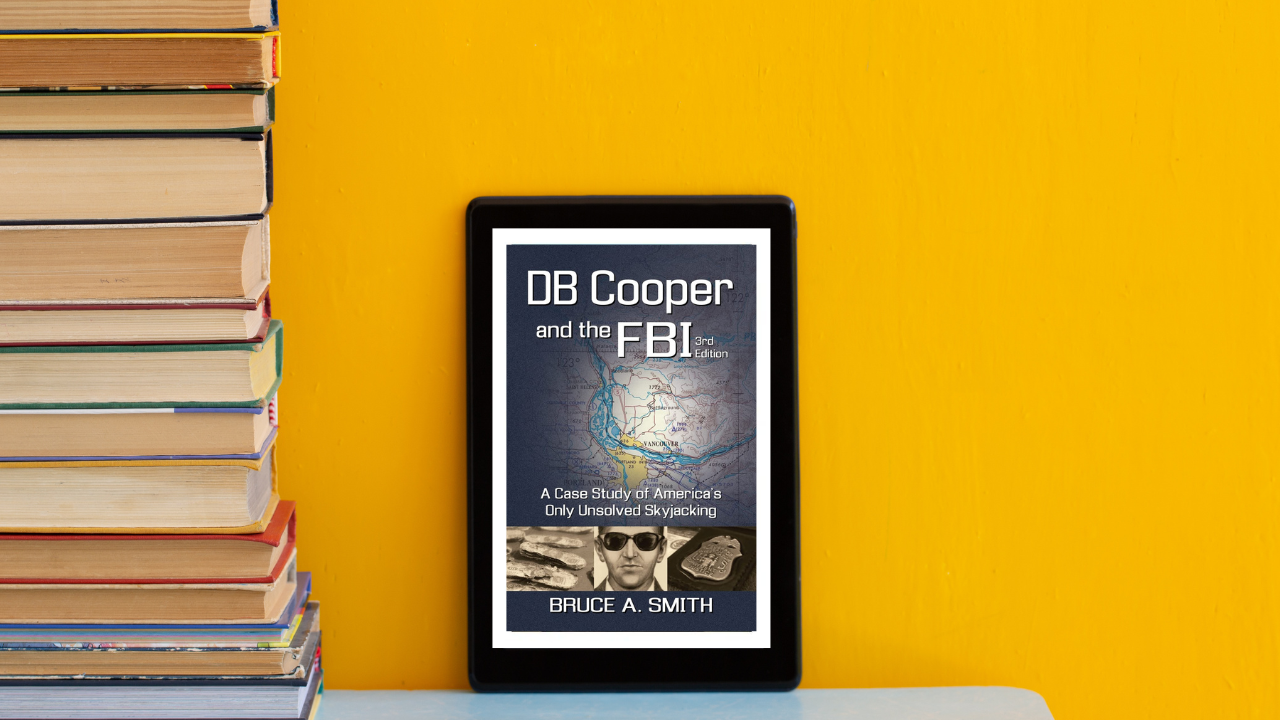 DB Cooper and the FBI by Bruce A. Smith 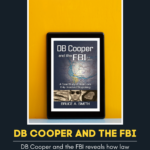 Let’s talk about DB Cooper and the FBI: A Case Study of America’s Only Unsolved Skyjacking by Bruce A. Smith. DB Cooper and the FBI reveals how law enforcement truly functions in our country, and so it delivers a measure of justice to the arrogant, the hubristic, and the guilty.

When the Bureau threw in the towel, two important dynamics were unleashed: First, the FBI no longer had absolute control over its paperwork, and it became available to the public. Second, citizens and private sleuths took over the Cooper case robustly, unimpeded by any bureaucratic turgidity that had stymied the FBI’s 45-year quest. As a result, the veil covering the inner workings of the FBI has been lifted, and the public has engineered many exciting evidentiary breakthroughs. These include discovering springtime diatoms on ransom bills uncovered at Tina Bar in 1980 and identifying rare earth minerals and other exotic metals on the tie DB Cooper left on the plane.

In addition, two independent research groups have presented compelling suspects in the case. They have backed their announcements with a media blitz that has included two documentaries, several books, and a lawsuit against the FBI.

Further, Cliff Ammerman, the Air Traffic Controller who monitored the flight when Cooper jumped, has finally been interviewed, resulting in original and critical perspectives on the flight path and potential landing zones.

All of these aspects are discussed in detail in the 3rd Edition, along with many new photographs and maps, new and exclusive interviews with several passengers, and a full chapter on the fingerprints recovered from Cooper’s plane, which is a dimension of the case not discussed substantively in any other book on DB Cooper.

In 1971, CBS’s Walter Cronkite and several other media outlets described D.B. Cooper as a “master criminal.” Similarly, I do not hesitate to describe the author, Bruce Smith, as a “master storyteller.” His one-of-a-kind delivery, exceptional communication skills, a healthy dose of research, and masterful grasp of the written word, make this a must-read.

Bruce respects his reader’s intelligence and challenges them to formulate their own opinions on D.B. Cooper’s true identity by presenting objective, fact-based information and evidence. Unique author, fantastic book.

Don’t forget to watch the documentary D.B. Cooper: Where are You?.

I give DB Cooper and the FBI: A Case Study of America’s Only Unsolved Skyjacking by Bruce A. Smith 5 out of 5 stars.

BUY DB COOPER AND THE FBI

Have you read DB Cooper and the FBI: A Case Study of America’s Only Unsolved Skyjacking yet? Let me know what you think about it in the comments below. Don’t forget to visit often to find out what book you should read next, which tv show or movie you should watch next, and what podcast you should listen to next. We will also be sharing new releases, canceled shows, and more! Thank you for visiting no spoiler reviews! 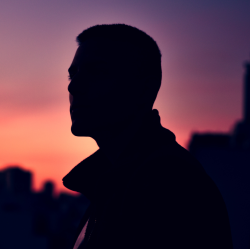 Murat Gokcigdem
Murat is a 58-year-old true crime enthusiast. He's watched all Netflix documentaries and read hundreds of books. He believes we are all constantly exploring the inner workings of our collective true crime obsession cause by nature we are curious.