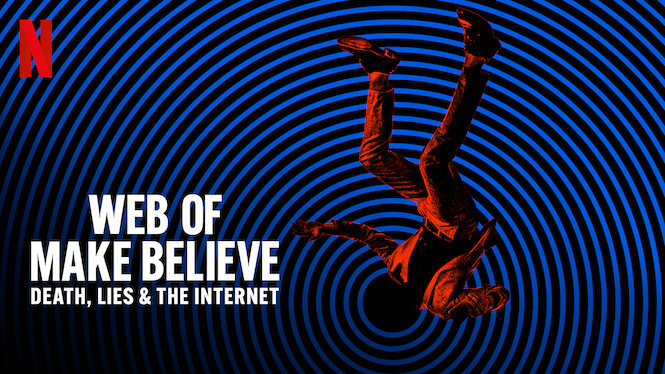 Web of Make Believe: Death, Lies, and the Internet 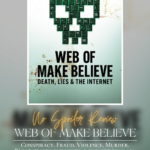 Let’s talk about Web of Make Believe: Death, Lies, and the Internet on Netflix. Conspiracy. Fraud. Violence. Murder. What starts virtually can get real all too quickly — and when the web is worldwide, so are the consequences.

Summary: Web of Make Believe: Death, Lies and the Internet is a six-part anthology series from director Brian Knappenberger, Luminant Media, and Imagine Documentaries that tells stories of people caught in a dark and twisted web of modern misinformation and digital deception.

I will share my thoughts on each episode since they are each about a different story.

This story is not only unbelievable, but it’s terrifying. I had never heard the term “swatting” before watching this episode. So many innocent lives were lost because of a prank gone wrong. It’s heartbreaking but also incredibly sad that those at fault don’t even see how what they are doing is dangerous. It also doesn’t seem to deter others from trying it again.

Seth Rich was murdered on his way home one night, and conspiracy theories erupted all over the place because he worked for the DNC. Web of Make Believe focused on what was most important in this story – Seth Rich’s family and their feelings.

This particular episode was a tough one for me. Being the direct descendent of people who either survived or perished in the Holocaust, this subject still makes me incredibly uneasy. I don’t know if I’ve just been naive or thought that something like this couldn’t happen in the US, but this episode spotlighted the evil in our country.

This is quite possibly the craziest story I’ve ever heard. As the Mom of three daughters, it’s terrifying to think that the girls affected could have been any girls.

I found these two episodes the most entertaining. They had so much to discuss they had to split it into two parts. This is the ultimate hacker story that you have likely never heard before. It’s packed with everything a good docuseries needs, and it left me wanting more.

If you are a lover of true crime and documentaries like I am, take the time to watch Web of Make Believe: Death, Lies, and Internet on Netflix. I’m hoping that this isn’t the end of the series and that they will bring it back with fresh, new stories.

I give Web of Make Believe: Death, Lies, and Internet on Netflix 5 out of 5 stars.

Have you seen Web of Make Believe: Death, Lies, and Internet yet? Let me know what you think about it in the comments below. Don’t forget to visit often to find out what book you should read next, which tv show or movie you should watch next, and what podcast you should listen to next. We will also be sharing new releases, canceled shows, and more! Thank you for visiting no spoiler reviews!

Follow Me
Latest posts by Heather (see all)
2022-07-11
Previous Post: Evil Genius: The True Story of America’s Most Diabolical Bank Heist
Next Post: The Brain Warrior’s Way with Dr. Daniel and Tana Amen