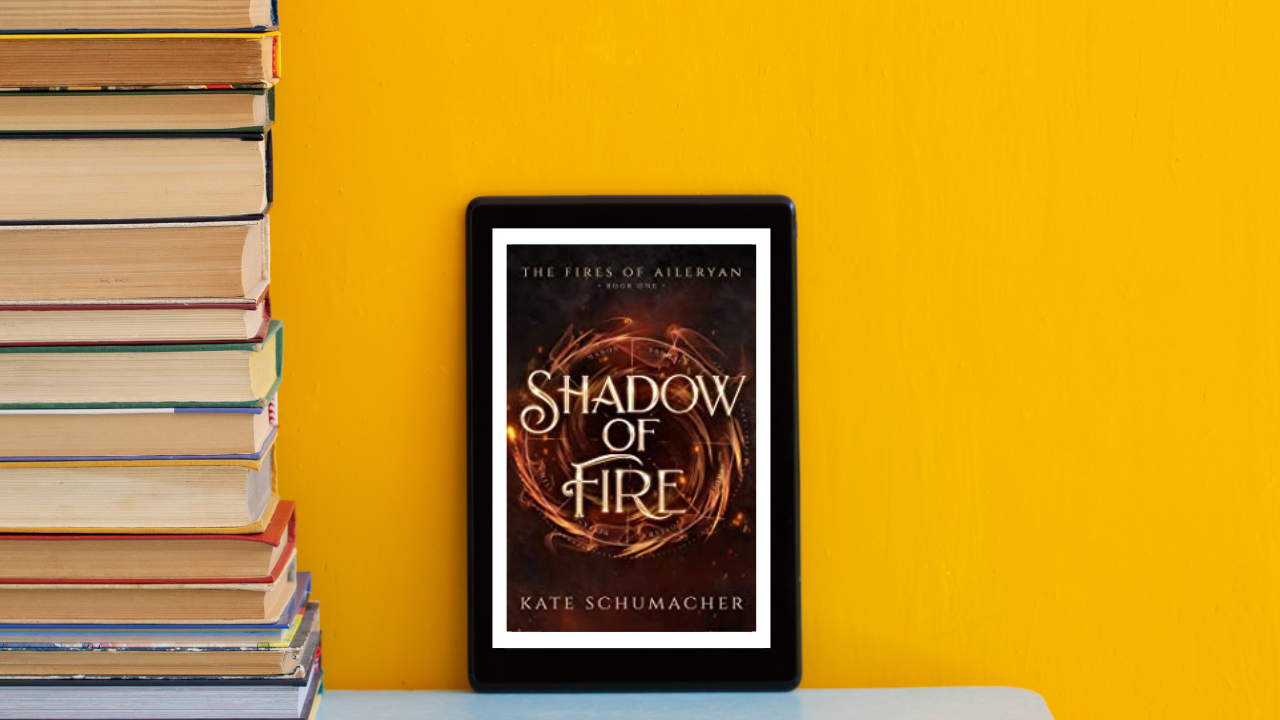 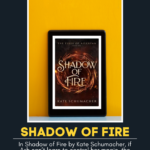 Let’s talk about Shadow of Fire by Kate Schumacher. If Ash can’t learn to control her magic, the scheming of gods and mortals could spell doom for them all.

A potent power is about to be unleashed.
Forbidden and forged in flame.

Control over the elements is a gift from the Gods, but since the creation of the Rift, fire magic has been outlawed in Merawuld. The Rift is a source of mystery, fear, and, for some, a tempting source of power.

Ash is a fire caster who has spent years hiding her magic, but when her explosive powers reveal themselves she is imprisoned by the Mage Council. Ash’s powers are coveted by the High Mage, who seeks to use her as a pawn against not only his enemies but his allies as well.

With the Bone Mother’s winter fast approaching, the fae Princess vows to fight against the corrupting influence of power, forming an alliance whose success rests on a human man’s desire for peace; a man who must decide if he will play the game he’s inherited or begin one of his own.

But in Aileryan, the Gods have their own plans. As the Mother of All turns the wheel of the year, the land is brought to the edge of war. Loyalty and courage will be sorely tested as paths intertwine and Fate plays her hand.

If Ash can’t learn to control her magic, the scheming of gods and mortals could spell doom for them all.

It is fantasy fiction, and the story title is Shadow of Fire by Kate Schumacher. Because of how the prologue describes everything, my initial impression of this book is, “this is going to be a good novel.” I enjoy this story’s lead characters. They mesh beautifully and, in my opinion, complete one another. I would feel perfectly secure if I were with them.

Because of the single quotation mark, I was hesitant to continue reading the first chapter, but I later learned that the author is Australian and that single quotation marks are frequently used there. If you enjoy fantasy, it was extremely simple to read, and the tale was well-described. The utilization of the third-person point of view and the large cast of characters initially baffled me, but as long you continue the book, it makes sense.

Magic is just one aspect of this story. Along with other themes that might be somewhat similar to those in our society, it also centers on betrayal and rulers who crave power. If you enjoy elemental magic, I highly suggest this.

I give Shadow of Fire by Kate Schumacher 4 out of 5 stars.

Have you read Shadow of Fire yet? Let me know what you think about it in the comments below. Don’t forget to visit often to find out what book you should read next, which tv show or movie you should watch next, and what podcast you should listen to next. We will also be sharing new releases, canceled shows, and more! Thank you for visiting no spoiler reviews! 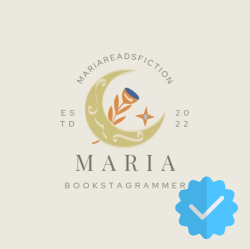 Rosalie Balagtas
Maria loves reading and photography. Her favorite genres to read are (dark) romance, poetry, and self-help books. She is now starting to dive into thrillers to expand the genres she read.